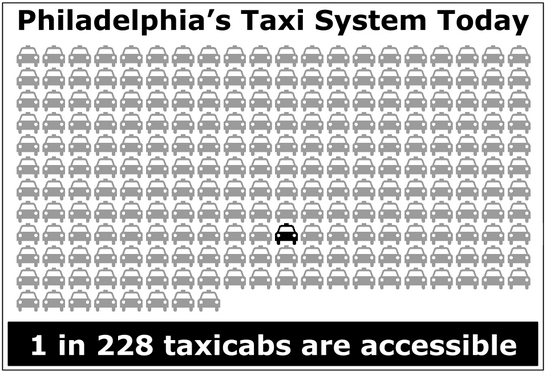 More than 128,800 people in the City of Philadelphia live with an ambulatory disability yet only 7 of the 1,599 taxicabs in Philadelphia are Wheelchair Accessible Vehicles (WAVs). 2

If the new regulation is approved, every medallion taxicab in Philadelphia will be gradually replaced by a Wheelchair Accessible Vehicle over 8 years.

Who else benefits from WAVs? 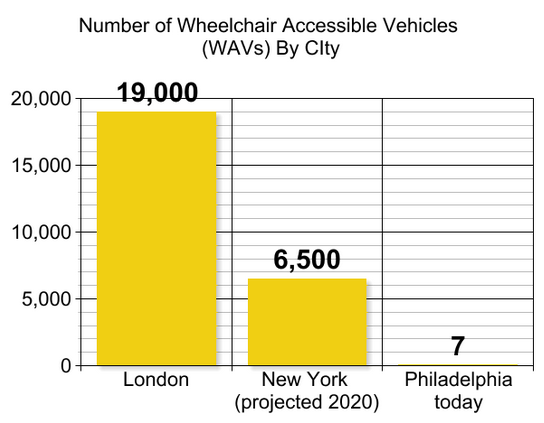 2015 marks the twenty-fifth anniversary of the Americans with Disabilities Act. It’s time we move forward in the City of Brotherly Love, with Liberty and Taxis For All.